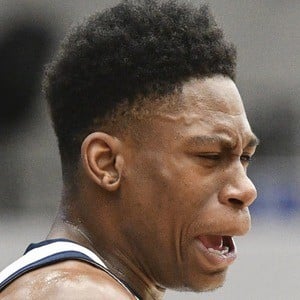 Small forward who became a star player for the University of Tennessee Volunteers from 2015 to 2019. As a junior, he joined the SEC All-Tournament Team as a result of his 22-point performance in the SEC Title game. He was selected 42nd overall in the 2019 NBA Draft and became a member of the Washington Wizards.

He scored 23 points and had 18 rebounds in his final high school game for Zion-Benton in the Class 4A Regional Championship.

He was born in London while his father Anthony was stationed there with the U.S. Navy. His mother's name is Dawn. One of his brothers, O'Brien, won a Super Bowl with the Seattle Seahawks. He has another brother named General and a sister named Octavia.

He was coached by Rick Barnes while playing for Tennessee.

Admiral Schofield Is A Member Of