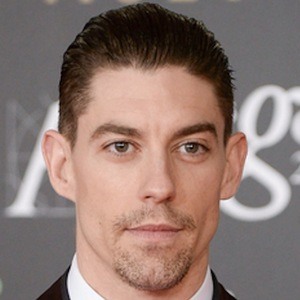 Actor and musician known for his roles on Velvet, Laloa, and Cousinhood. He began in career in musical theatre, joining the cast of the production Hoy No Me Puedo Levanta at the Teatro Rialto in Madrid. He has since had many roles on stage, in television, and in movies.

He was inspired to become a singer in 2001 after seeing the first season of Operación Triunfo, a singing competition show. He went on to train underneath the opera singer Victoria Manso.

In 2015, he played King George VI in the stage adaptation of The Kings Speech.

His father and sister both sing flamenco and play guitar. He also has a younger brother, and for Father's Day in 2018 posted a photo of them together with their dad.

In Velvet, he acted alongside Spanish stars such as Paula Echevarría, Miguel Ángel Silvestre, and Aitana Sanchez-Gijon.

Adrián Lastra Is A Member Of