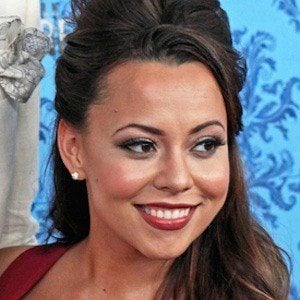 Under her previous name Adrienne Williams, she was an urban model with spreads in Smooth magazine and more. She was big in the Atlanta night club scene before moving to Miami.

She became Vice President of Chris Bosh's charity Team Tomorrow, which helps promote children, family, and community in Miami. In 2015, she began running a French cafe called Sparkle & Shine, Darling based in Miami.

She is mother to Dylan Skye, Jackson, and twins Lennox and Phoenix, as well as her stepdaughter Trinity Bosh.

In 2012, Lil Wayne made some attacks via Twitter about their previous relationship, attempting to air her dirty laundry in public for everyone, especially her new husband, to see.

Adrienne Bosh Is A Member Of