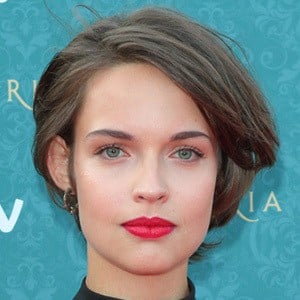 German actress who has appeared in projects such as Oh, Ramona! and Undercover Hooligan. She played the part of Tammy in the 2014 film The Hunted.

One of her earliest acting jobs was in the 2012 short film Every Night I am Falling Out of Nowhere.

She worked as a producer on the 2018 short film Face in Salt. She travelled to London, England in April 2019 according to her Instagram.

She posted a photo with her father to her Instagram in March 2019.

She had a small role in World War Z alongside Brad Pitt.

Aggy K. Adams Is A Member Of