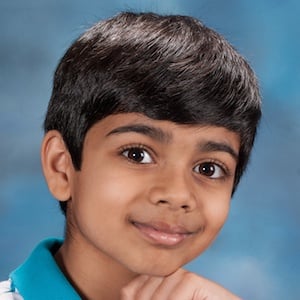 Reality star who rose to fame after getting cast as a celebrity on Dancing with the Stars: Juniors. He was previously known for competing the Scripps National Spelling Bee as a six-year-old.

He also appeared on Jimmy Kimmel Live! and competed in a spelling contest with host Jimmy Kimmel.

Before his 2016 spelling bee experience he appeared on Little Big Shots with Steve Harvey.

He's originally from San Angelo, Texas. He and his older sister, Amrita, have been inducted into Mensa and were amongst some of the youngest to do so. His parents are named Krishna Vukoti and Chandrakala Jandyam.

He competed against Alana Thompson and Miles Brown on DWTS Juniors.

Akash Vukoti Is A Member Of