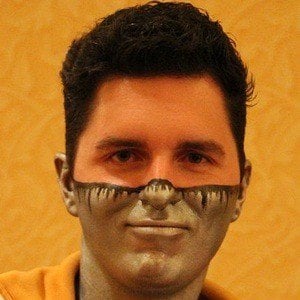 Alan Melikdjanian, otherwise known as CaptainDisillusion, is a YouTuber known for debunking viral videos to explain the unbelievable illusions portrayed in them. His unique explanatory vlogs have earned him more than 2.2 million subscribers.

He grew up touring with his parents, who were circus performers. Then, as a child, he would often copy the styles of Disney animators. Eventually, he'd earn a bachelor's degree in film production.

A filmmaker before launching his YouTube channel, he wrote, directed, and edited the 2006 film Citizen Mavzik.

Both of his parents were Soviet-era circus performers. His father, Vilen, was particularly well known.

He participated in The Amaz!ng Meeting, a science and skepticism conference, with The Amazing James Randi, and the two would later work on video projects together.

Alan Melikdjanian Is A Member Of