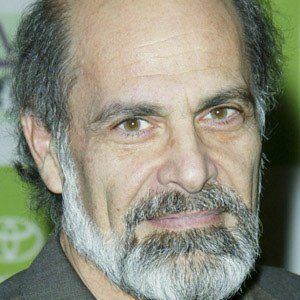 He had several years of college, but ultimately decided to drop it and move to New York to study acting.

He was hired as a writer and director by the American Film Institute, and developed for them hit series like 'Knight Rider.'

He married actress Joanna Frank in 1978; they had one son.

Jill Eikenberry was a co-star on L.A. Law.

Alan Rachins Is A Member Of