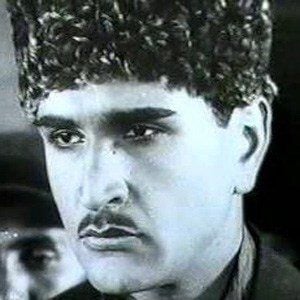 Strong-jawed Azerbaijani film star who was named the People's Artist of the USSR in 1959. He also had an established stage career, where he was best known for starring in a USSR production of Othello.

He studied performing arts before joining his first performance troupe in 1930.

He played the titular character in Vagif over 700 times.

He had a daughter with his short-time wife, Hokuma Gurbanova.

He is the ex-husband of Hokuma Gurbanova who became the People's Artist of the USSR in 1965.

Alasgar Alakbarov Is A Member Of