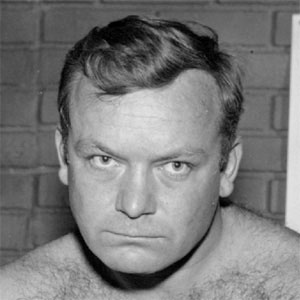 American actor who had notable roles in the films The Marrying Kind, Pat and Mike, and Miss Sadie Thompson. He was nominated for Best Newcomer at the Golden Globes for his work in Pat and Mike.

He was driving his brother Guido to an audition for Saturday's Hero but director David Miller was more interested in Aldo due to his voice, something that helped him gain work through his career.

He had a big year in 1955, appearing in Battle Cry, Three Stripes in the Sun, and one of his more famous films, We're No Angels.

He married three times and had four children between two of his wives. Every marriage ended in divorce.

Montgomery Clift was chosen over him for a role in the film From Here to Eternity.

Aldo Ray Is A Member Of