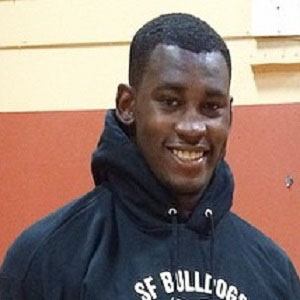 NFL linebacker who was selected 7th overall by the San Francisco 49ers in the 2011 NFL Draft. He helped the 49ers reach the Super Bowl in 2013 where they were defeated by the Baltimore Ravens.

He played college football at the University of Missouri.

He set the 49ers single season sack record with 19.5, became the fastest player in NFL history to reach 30 sacks (27 games into his career) and was selected to his first Pro Bowl in 2012.

He was born to Kimberly and Turston Smith.

He and Patrick Willis combined to form a dominant duo for the San Francisco defense.

Aldon Smith Is A Member Of