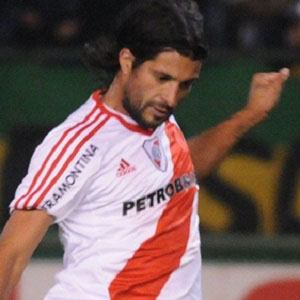 Attacking midfielder known as "Chori" who has played for such clubs as Zenit St. Petersburg, Rubin Kazan, Valencia and Olympiacos.

He made his professional debut for Quilmes in 2000.

He competed in the FIFA World Youth Championship in 2001.

He was born in Lanús, Argentina.

He became teammates with Giannis Maniatis on Olympiacos.

Alejandro Domínguez Is A Member Of