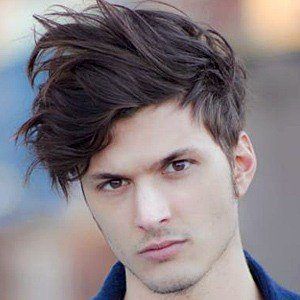 Stage actor most well known for his portrayal of the Voice of Moritz in the Los Angeles and Broadway productions of the acclaimed musical Spring Awakening. He first made a name for himself as a member of the national tour of American Idiot. In 2018, he joined the cast of Broadway's Dear Evan Hansen.

Acting throughout high school, he went on to study drama at Wagner College and entered the world of professional theatre on the national tour of American Idiot.

He has had guest roles on several popular television shows including Alien Dawn, Happyish, and Jessica Jones.

He began a relationship with longterm girlfriend April Lavalle while they both were in college together.

In 2014, he was a cast member of Lin-Manuel Miranda's 21 Chump Street and is a contributor to the show's original cast recording.

Alex Boniello Is A Member Of