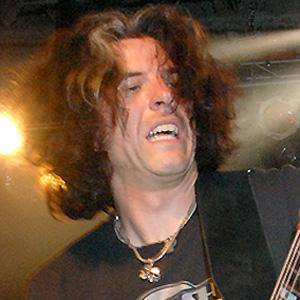 Lead guitarist of the thrash metal band Testament from 1983 to 1993 who also worked with groups like Savatage.

He picked up the first guitar at the age of nine.

After Testament, he switched to jazz, studying at the New School University in New York and forming the Alex Skolnick Trio.

He studied under the great Joe Satriani.

Alex Skolnick Is A Member Of