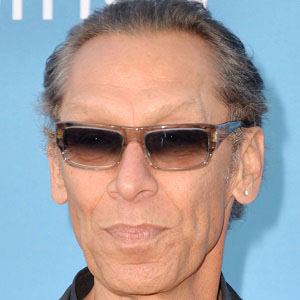 Founding member and drummer of the rock band Van Halen. He formed the band in 1974 with his brother Eddie, Michael Anthony, and David Lee Roth.

His first band, The Broken Combs, assembled when he was in fourth grade. He later attended Pasadena City College.

He has stated that drummer Buddy Rich made a lifelong impact on his pursuit of music.

His brother, Eddie Van Halen, was another founding member and the lead guitarist of their band. He has been married three times, most recently to Stine Schyberg in 2000. He has fathered three children.

He has cited Keith Moon as one of his greatest influences.

Alex Van Halen Is A Member Of