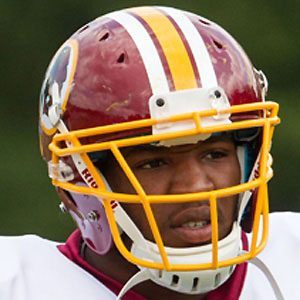 NFL running back who helped lead the Washington Redskins to an NFC East title in 2012, his first season with the team.

He played youth football in the same league as Trent Richardson, who entered the NFL as a running back the same year as Morris.

He was named Rookie of the Week after his stellar performance against the Baltimore Ravens in Week 14 of 2012.

He was raised with six brothers.

He became teammates with quarterback Robert Griffin on the Washington Redskins in 2012.

Alfred Morris Is A Member Of