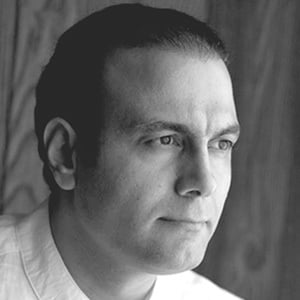 Iranian singer and vocalist who is known for being the lead vocalist of Iran's National Orchestra. Specializing in Persian traditional music and other classic styles, his work has also been featured in television and film.

He started recieving vocal lessons at the age of 12. He began by reciting and singing different verses from the Quran. He then joined the Iran NAtional Orchestra in 1999 and made his debut on their album Enthusiasm.

He is also known for having been a singer on a variety of TV soundtracks including Kife Englisi, Shabe Dahom, and Roshantar az Khamooshi.

Other singers also born in Tehran include Kaveh Afagh and Hossein Tohi.

alireza ghorbani Is A Member Of