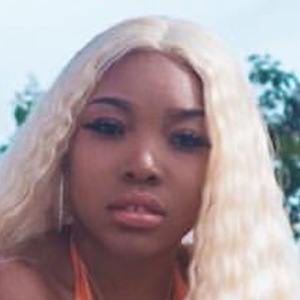 Known for her raw image and racy lyrics, she is a hip-hop artist whose sound is a mix of heavy bass, gritty production and R&B. Her debut single features the rapper Future and is titled "Mr. Moneybags."

Her big break came when she was invited to collaborate as a songwriter with Usher and Esmee Denter. She was then offered a record contract after Interscope chairman Jimmy Iovine invited her to write for the Pussy Cat Dolls.

She received writing credits on Rihanna's album Talk That Talk. The video for her 2020 hit single "Womp Womp" received over 1 million views on YouTube.

She is a native of Jacksonville, Florida and has four brothers as well as two sisters.

She has worked with Missy Elliott, Polow da Don, Dr. Dre, Dirty Money, Rick Ross and Trey Songz, amongst others.

Kamillion Is A Member Of