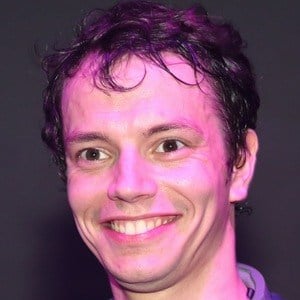 Berlin based DJ and producer known for his unique sound combining hints of classical and swing music, along with techno, minimal and house genres. He enjoyed success from his debut album Synesthesia. He has toured worldwide playing in major cities such as New York, Bangkok, Paris, Zurich, Beirut and Kuala Lumpur.

He starting DJing in clubs before landing his big break at the former Tempelhof Airport in front of over 35,000 fans in May 2013.

He has his own self-titled YouTube channel, which boasts over 30,000 subscribers as well as 7 million views and growing.

He was born Frans Zimmer in Berlin, Germany. He goes under the alias Alle Farben, which means all colors in German.

He and Zedd are both German DJs.

Alle Farben Is A Member Of