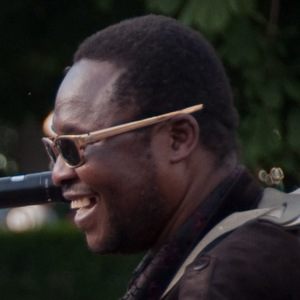 Guitarist and singer who's best known as a member of the musical duo Amadou & Mariam. His album Welcome To Mali was nominated for a Grammy Award for Best Contemporary World Music Album at the 52nd Annual Grammy Awards.

He used to play guitar in the West African band Les Ambassadeurs du Motel de Bamako from 1974 to 1980.

They opened shows for Coldplay, The Scissor Sisters, and Blur.

He married Mariam Doumbia in 1980. They began playing together in 1983.

He released collaboration singles with Manu Chao and Bertrand Cantat.

Amadou Bagayoko Is A Member Of