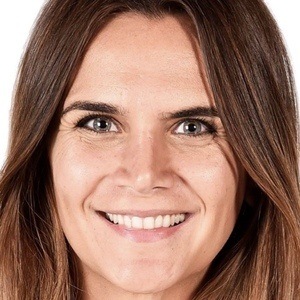 Journalist who appeared as Amante in the series Teatro en CHV in 2009. She has more than 900,000 followers on her amaliagranata Instagram account.

Her first on-screen appearance was as herself in the 2006 series Animal Nocturno. She was a former model.

She appeared as herself on Tu Cara me Suena - Argentina in 2015.

Her full name is Amalia Iris Sabina Granata. She has a son named Roque with her current partner Leo Squarzon. She also has a daughter named Uma from a previous relationship with Ogro Fabbiani.

She and Val Mercado are both journalists who have worked as models.

Amalia Granata Is A Member Of