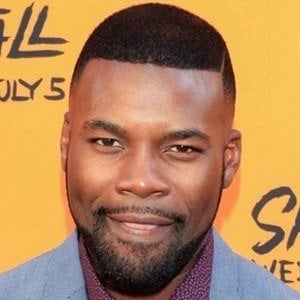 Actor most famous for his role as Jerome Saint on the FX crime drama series Snowfall. He is also known for his performances in such films as The Mist (2007), Dope (2015) and Baywatch (2017).

He grew up in Harlem, New York and graduated from Howard University. He made his screen acting debut with a role in the 2004 drama Take Out.

He founded his own production company Dark Energy Pictures, which specializes in horror, action and science-fiction content.

He was born in Queens, New York.

He co-stars with Emily Rios on Snowfall.