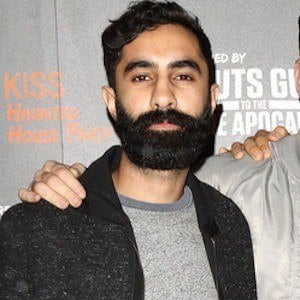 Producer and songwriter best known as one member of the English band Rudimental. He is also the founder of the Major Toms records label and has written songs for artists like Ed Sheeran, Sam Smith, and Charli XCX.

He began his musical career beatboxing over cassette tapes. He found solace in hip hop and pirate radio while living as a child in foreign England.

With Rudimental, he won Single of the Year at the 2014 Brit Awards and took Best Album at the Mobo Awards.

He was born the son of an air force colonel and a high school science teacher. In 1992, he moved to London with his mother and sister. His father and brothers joined them later.

Amir Amor Is A Member Of