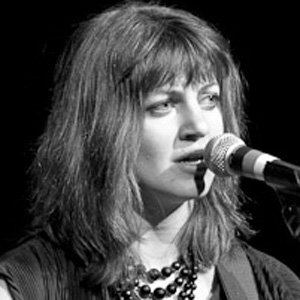 Folk singer-songwriter who released her album Young Man in America in 2012 and sang "Sadly" on Gregory Douglass's album Battler.

She started writing songs when she was seventeen.

She featured artists such as Justin Vernon, Ben Knox Miller and Ani DiFranco on her 2010 album Hadestown.

Her father, who was an novelist, named her after author Anaïs Nin. She attended Middlebury College for a brief time.

She was signed by Ani Difranco to be a part of Righteous Babe Records.

Anais Mitchell Is A Member Of