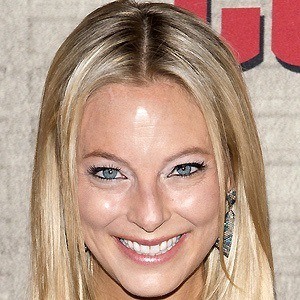 English actress who appeared in the NBC series Trauma and in the FX drama Damages.

She studied art history at the University of Bristol and later attended the London Academy of Music and Dramatic Art.

Her first on-screen role was in the 2004 made-for-TV movie She's Gone.

She was born in Paris to an American father and an Irish mother. She and her six brothers grew up in London.

She was romantically involved with actor Michael Sheen in 2004. The pair met on the set of the TV movie Dirty Filthy Love.

Anastasia Griffith Is A Member Of