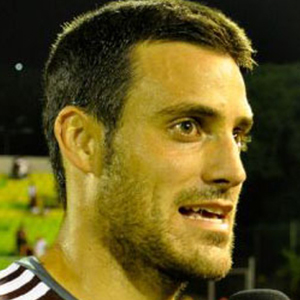 Centre back who joined Elche on loan from Buriram United in 2017. He has more than 140,000 followers on his andrestu87 Instagram account.

His parents are José "Pepe" Túñez and Margarita Arceo.

He and Jose Salomón Rondón have both played for the Venezuelan national team.

Andrés Túñez Is A Member Of