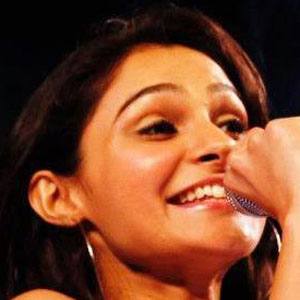 She was performing as a member of the group Young Stars by age ten.

She won a Vijay Music Award for Popular Duet of the Year for her duet with Ajeesh titled "Idhu Varai" from the 2010 film "Goa."

Her father, a lawyer, has worked with High Court in Chennai.

She has worked on several films with acclaimed composer GV Prakash Kumar.

Andrea Jeremiah Is A Member Of