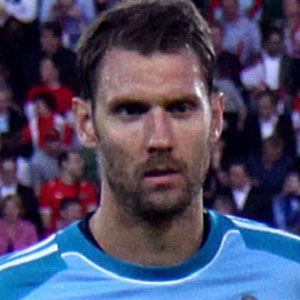 Goalkeeper who began his professional career in 1999 with Trelleborg and made his international debut for Sweden in 2002.

He played his youth soccer at Trelleborg before joining the senior club.

He was the Swedish goalkeeper of the year four consecutive years, from 2002 to 2005.

He was born in Smygehamn, Sweden.

He played for Juventus from 1999 to 2001, but never appeared in a first-team game because of starter Edwin van der Sar.

Andreas Isaksson Is A Member Of