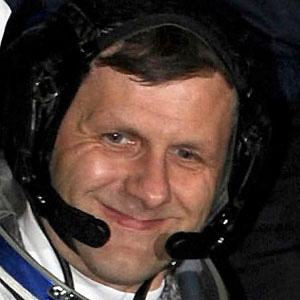 Russian Commander of Expedition 28 to the International Space Station.

He flew into space on Expedition 27 as a flight engineer before assuming the role of commander on the ISS.

He has spent time in space, like legendary Edwin Buzz Aldrin.

Andrei Borisenko Is A Member Of