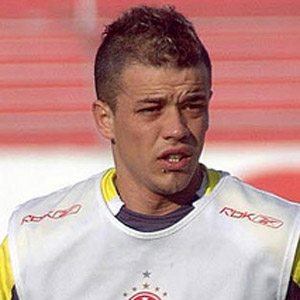 Soccer player nicknamed "The Big Headed" who won a gold medal at the 2004 Olympics representing his native Argentina. He was named South American Footballer of the Year in 2010.

He worked as a pizza boy before making his youth debut with River Plate in 2000.

In 2003 he transferred from River Plate to Wolfsburg for a then-club record €9 million.

His parents are Gladys and Eduardo D'Alessandro.

He and Javier Saviola won the 2001 Youth World Championship together representing Argentina.

Andrés Dalessandro Is A Member Of