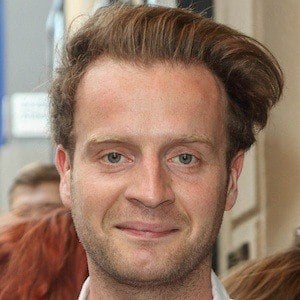 English actor who has played a role on the ITV television series, Monroe and a role in the BBC drama, Being Human. In 2019, he joined the cast of Amazon's neo-noir fantasy series Carnival Row.

He started acting in high school plays and eventually enrolled at the Oxford School of Drama from which he graduated in 2010.

He has also worked as a singer/songwriter and has been a part of the band, Emerson.

He was born in Aintree, where he grew up with his family.

He starred in the television series, The White Queen with Faye Marsay.