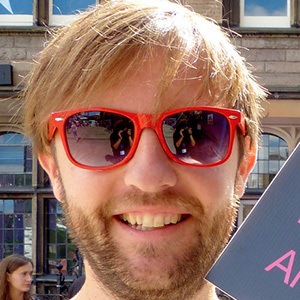 Irish stand-up comedian and announcer who is best recognized for his work as the narrator on the MTV series Ex on the Beach. He is also known for hosting his own late-night comedy program called Fullmooners.

He first started performing stand-up comedy in 1992 at The Comedy Cellar in Dublin. He then gained further attention in the United Kingdom after appearing on the BBC programs They Think It's All Over and Sunday Show.

He is also known for having appeared on a 2014 episode of the Comedy Central series Drunk History.

He was born and raised in Kilbarrack, Dublin and married in 2015. Together he and his wife have three children.

He is known for having performed at the Edinburgh comedy festival alongside fellow comedians Simon Pegg, Russell Brand, and Ed Byrne.

Andrew Maxwell Is A Member Of