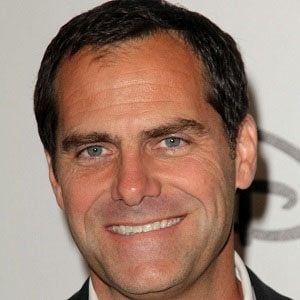 Famous for his portrayal of David Wallace on the popular NBC series The Office, Buckley also appeared in episodes of The West Wing and NYPD Blue and played the series regular role of Ted Mercer on ABC Family's The Lying Game.

After graduating from Stanford University with a degree in political science, he performed with Los Angeles' famous Groundlings improvisational comedy troupe.

In the late 1990s, he appeared in two Reba McEntire music videos.

He and Jenny Slate were both in the cast of the 2011 children's movie Alvin and the Chipmunks: Chipwrecked.

Lady Bird
Alvin and the Chipmunks: Chipwrecked
The After Party
More