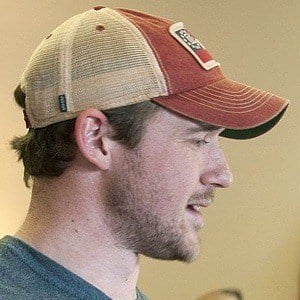 Country music singer who first became known in 2012 for the release of his debut self-titled album. He would later follow in 2014 with Blue Collar Cruise.

After leaving home in 2012, he began touring with country artist Corey Smith.

Early in his musical career, he did a number of odd jobs including doing stunt work on the acclaimed film The Blind Side.

Hailing from Suwanee, Georgia, he would later settle in Nashville, Tennessee. He has one brother.

Since his career began, he has opened for numerous popular artists including Brantley Gilbert and Granger Smith.

Andy Velo Is A Member Of