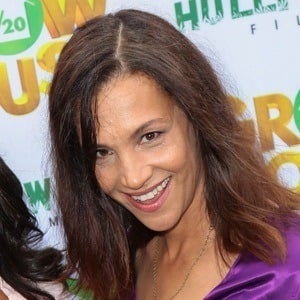 First rose to fame in 1995 playing Felicia in the film Friday. The character originated the "Bye Felicia" meme that gained popularity in the 2010s. She also portrayed Vanessa Walker in the television series Cousin Skeeter.

She earned her first major acting credit in 1994 playing Veda in the film House Party 3.

During the early 1990s, she appeared in several episodes of In Living Color.

Her husband is a screenwriter. Their son, Brad, gained fame as a quarterback for the Miami Hurricanes.

In the Nickelodeon series Cousin Skeeter, she starred alongside Rondell Sheridan, Meagan Good, and Robert Ri'chard.

Angela Means Is A Member Of