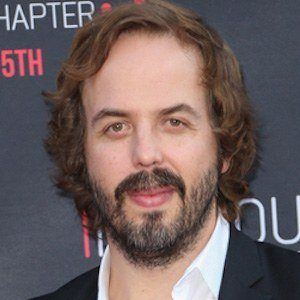 Television, film, and voice-over actor known as The Organic Mechanic in Mad Max: Fury Road, the Insidious series, and for his role as Bear Gerhardt on season two of FX's Fargo. He was well-known for the Australian Channel 10 series, Party Tricks, which was cancelled right before he was offered the role in Fargo.

He attended The Armidale School in the Northern part of his home state, New South Wales. He then went on to graduate form the AWARD School in 2002. His first on-screen role was in 1998.

He said in an interview that two of his scenes were cut from Mad Max: Fury Road for being too distasteful.

His full, given name is Angus Murray Lincoln Sampson and his nickname is Gussy.

He stars in season two of Fargo alongside Kirsten Dunst and Patrick Wilson.