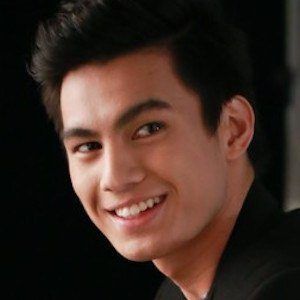 Filipino actor who got his big break in 2014 when he was cast on the series Forevermore. The next year, he earned his first leading role as Andy Delgado on the daytime soap opera Doble Kara.

He got his start appearing in television commercials and print ads at age eight.

He has acted alongside Julia Montes on Doble Kara.

Anjo Damiles Is A Member Of