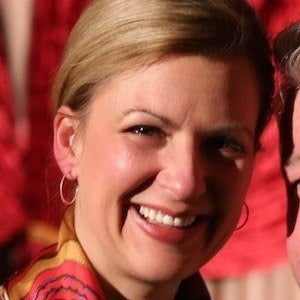 Television show host, cookbook author, and pastry chef, she became known from Food Network Canada's Baking with Anna Olson. She has released many cookbooks starting with the Inn on the Twenty Cookbook in July 2003, which was co-written by her husband.

She studied political studies and sociology at Queen's University in Kingston, Canada. She then went on to study cooking at the College of Culinary Arts at Johnson & Wales University in Denver, Colorado. Upon graduation she returned to Canada and worked in at Inn on the Twenty.

She was born Anna Tomcik in Atlanta, Georgia, but was raised in Toronto, Canada. She is of Slovakian heritage. She moved to Niagara after her studies where she met her husband Michael, who was also a chef at Inn on the Twenty.

She has built a cooking empire similar to that of Ina Garten.

Anna Olson Is A Member Of