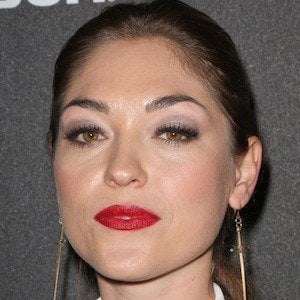 Well known for her role as Sara Munello in ABC's Revenge and previously as Miriam Kent in H2O: Just Add Water.

She performed in school plays and was a dancer. She landed her first professional gig in 2006 in H2O: Just Add Water.

She graduated from the National Institute of Dramatic Art with a bachelor of arts in acting.

She has a younger brother. She was born in London, but went with her family to the Gold Coast of Australia when she was an infant. She would eventually land in Los Angeles.

She was cast alongside Matthew Atkinson in the television movie Hot Mess in which she would star.

Annabelle Stephenson Is A Member Of