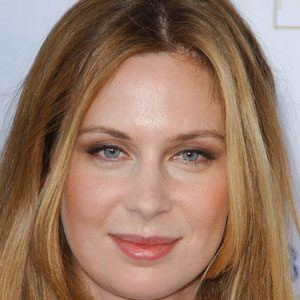 American actress who played Dr. Amber Volakis on the series House and began appearing in Covert Affairs in 2010.

She worked on Broadway's Wrong Mountain in 2000.

She was in the Broadway show The Glass Menagerie, for which she won a Connecticut Critics Circle Award.

She had a son named Akiva in 2008 and a daughter named Saskia in early 2012 with her husband Matthew Heller.

She appeared in the series How I Met Your Mother as Josh Radnor's character's girlfriend.