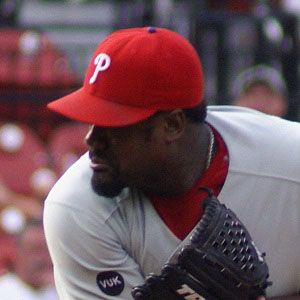 Right-handed reliever known for having six fingers on each hand, he won a World Series in 1997 and led the league in saves in 2000.

The Montreal Expos signed him as an amateur free agent in 1989.

He made his MLB debut in 1997 with the Florida Marlins.

His grandfather also had six digits on each hand, which is called polydactyly.

All-Star shortstop Edgar Renteria was his teammate on the Marlins.

Antonio Alfonseca Is A Member Of