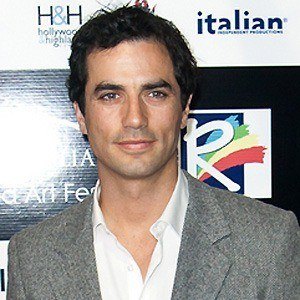 Known for his lead role in the TV mini-series Bomb Girls and for appearances in the series The L Word, Taken and Dark Angel.

The film Hollywood Flies offered him his first opportunity in the spotlight of a lead role.

He appeared in The Lizzie McGuire Movie, which starred Hilary Duff in the title role.

He has two older siblings named Sabato and Carmelina.

He had a role in the film Elegy, which starred Ben Kingsley.

Antonio Cupo Is A Member Of