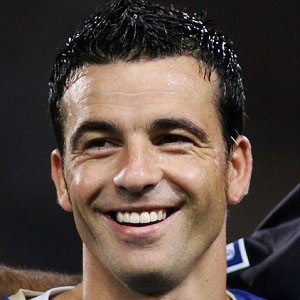 Italian striker who began playing for Udinese in 2004 and was a member of the Italian national team from 2002 to 2012, winning a World Cup Championship with the team in 2006.

He began his youth career with Empoli as a teen.

He was named Italian Footballer of the Year in 2010.

He married Ilenia Betti in 2002, with whom he fathered two children, Filippo and Diletta.

He won the 2006 World Cup alongside teammate Marco Amelia.

Antonio Di Natale Is A Member Of