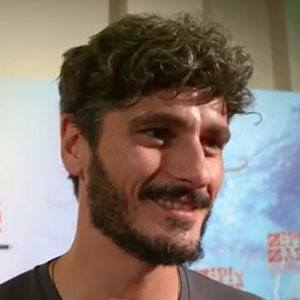 Spanish actor who is recognized for his theater, film, and television performances. He starred in the 2016 film Villaviciosa de al lado where he played Juandi and in the television series La Que Se Avecina where he starred as Javi Maroto.

His debut as an on-screen actor came in 2005 when he was cast as the recurring character Sergio on the series Cuentame como paso. His feature film debut came the following year in 2006 when he starred as Paco in Mi Tio Paco.

He is also known for his voice acting work and voiced the character Reggie in the 2013 film Free Birds.

He was born and raised in Spain and shared a photo with his daughter through Instagram in August of 2018.

He starred alongside Jose Garcia and Natalia Verbeke in the 2006 Spanish drama GAL.

Antonio Pagudo Is A Member Of