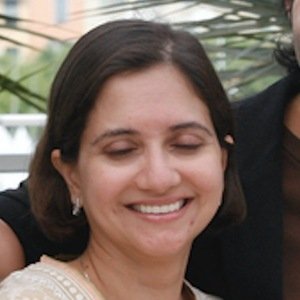 Indian author, journalist, and film critic who has gained fame as the critic for NDTV, Indian Today, and as the author for the award-winning book, Sholay: The Making of a Classic.

She earned her MA in journalism from Northwestern University.

She has also worked as the director of the MAMI Mumbai Film Festival.

Her sister, Tanuja Chandra, is a Bollywood film director.

She has graduated from the Medill School of Journalism like Michael Wilbon, Jim Jarmusch, and more.

Anupama Chopra Is A Member Of