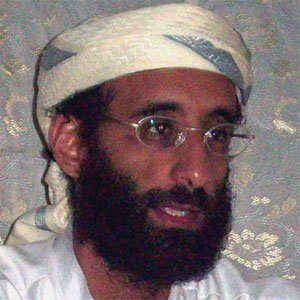 American-born, militant imam who was murdered in Yemen by an American drone. He had been linked to terrorist operations with al-Qaeda.

While studying civil engineering at Colorado State University, he served as president of the Muslim Student Association.

He was allegedly involved in Umar Farouk Abdulmutallab's attempted Christmas bombing of an American airplane.

His son, Abdulrahman al-Awlaki, was also killed in a drone strike.

He was mentioned in documents found in Osama bin Laden's hideout.

Anwar Al-awlaki Is A Member Of