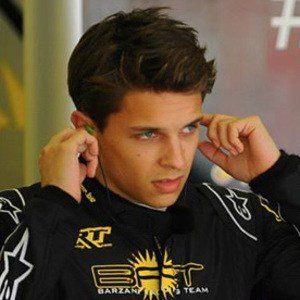 Race car driver and internet personality who first rose to fame racing competitively around the United Kingdom. He has since become internationally known for his YouTube channel Archie Hamilton Racing, where his racing and car videos have earned him more than 340,000 subscribers.

His rookie racing career began in 2007 when he competed in various club races for Junior Rotax. He'd spent the previous five years racing in karts.

One of his most popular YouTube videos is "Rimac Concept One vs LaFerrari" which earned more than 1 million views in less than two months.

He grew up amongst a family of racers. His grandfather, Duncan Hamilton, won the Le Mans 24 Hours and competed in Formula One racing. His father, Adrian, was a successful car dealer.

Archie Hamilton Is A Member Of