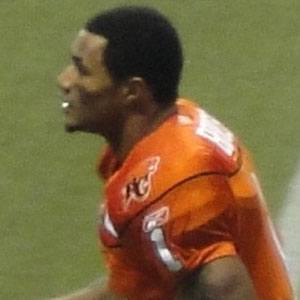 Canadian Football League wide receiver who won the Grey Cup in 2004 with the Toronto Argonauts and in 2011 with the Hamilton Tigers.

He played football at Hutchinson Community College, earning All-American honors, and then transferred to the Division I school, University of Minnesota.

Known for a unique personality, he was fined several times for his post-touchdown activities, including one involving a spider-man mask.

He was born in Olathe, Kansas, where he was one of the BlueChip Top 100 his senior year.

Though not as famous as Danny McManus, he was nevertheless a multiple all-star in the CFL.

Arland Bruce III Is A Member Of