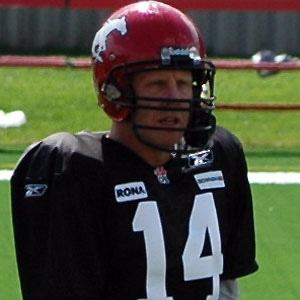 One of Canadian football's greatest quarterbacks, he recorded over 50,000 yards in his 16-year career.

He was the quarterback for Florida State, leading the team to a 31-28 win over Nebraska in the the 1987 Fiesta Bowl.

He was the third quarterback in Canadian Football League history to reach the 50,000 yard mark.

He grew up in Dania Beach, Florida.

Danny McManus Is A Member Of