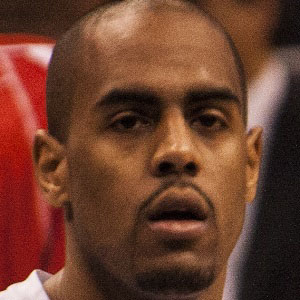 NBA shooting guard who had his breakout season with the Orlando Magic in 2013-14. He was traded from the Denver Nuggets to the Portland Trail Blazers just before the 2014-15 NBA Trade deadline and he also won the 2009 NBA Shooting Stars competition.

He was named the Pac-10 Player of the Year in 2007 while starring for UCLA.

He was raised with a younger sister named Paris.

He was traded to the Orlando Magic in a 2012 four-team deal that sent Dwight Howard to the Los Angeles Lakers.

Arron Afflalo Is A Member Of