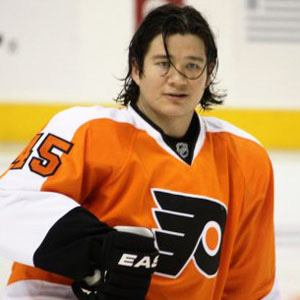 NHL right winger who is part of the Metis tribe of aboriginal Canadians. He joined the New York Rangers in 2012 after spending two years with the Pittsburgh Penguins.

He was a top scorer for the Red Deer Rebels in the Western Hockey League before finding a place for himself on the checking line of the Montreal Canadiens.

He has one son and two daughters.

Claude Giroux was his teammate on the Philadelphia Flyers team that reached the 2010 Stanley Cup Finals.

Arron Asham Is A Member Of